A-Z Challenge – Q is for Quail 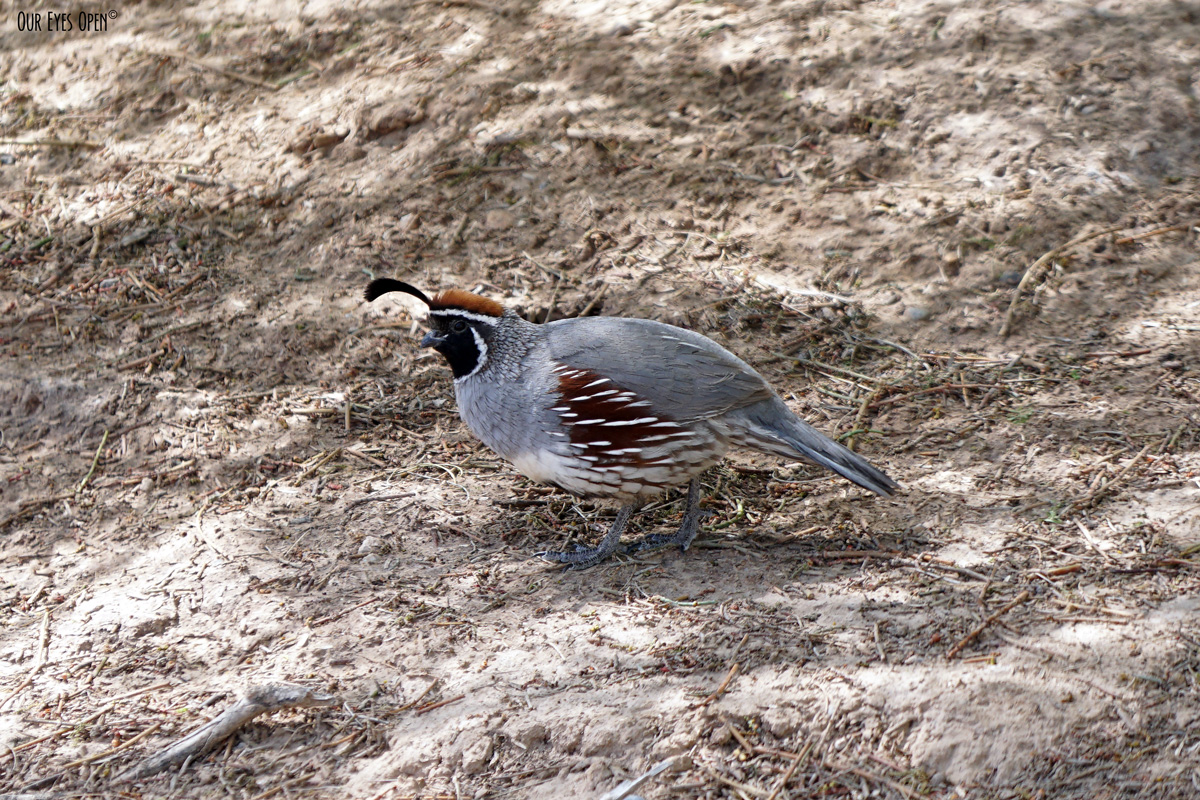 The feature image is a male Gambel’s Quail, notable by the comma-shaped forward facing crest. The male has the black patch on the belly and around the face. The female lacks the black markings but has the same comma-shaped crest.

Gambel’s Quail live in the Sonoran, Chihuahuan and Mojave deserts in the western part of the United States. They inhabit thorny and brushy vegetation and can be seen along river valleys and creeks. They are ground feeders and would rather fun like chickens than fly. They are fast on the ground and difficult to photograph if you are hiking in their territory. They will visit feeders located in their small patch of habitat. If you live in their area, you can attract them with a feeder and water at ground level. Add sunflower seeds, cracked corn, millet and milo. If you happen to be birding in Hawaii, you may see this quail on the slopes of Mauna Kea volcano as they were introduced there by the Hawaii Division of Fish and Game in the late 1950’s-early 1960’s. A few remain on the Big Island, Lanai and Kaho’olawe.