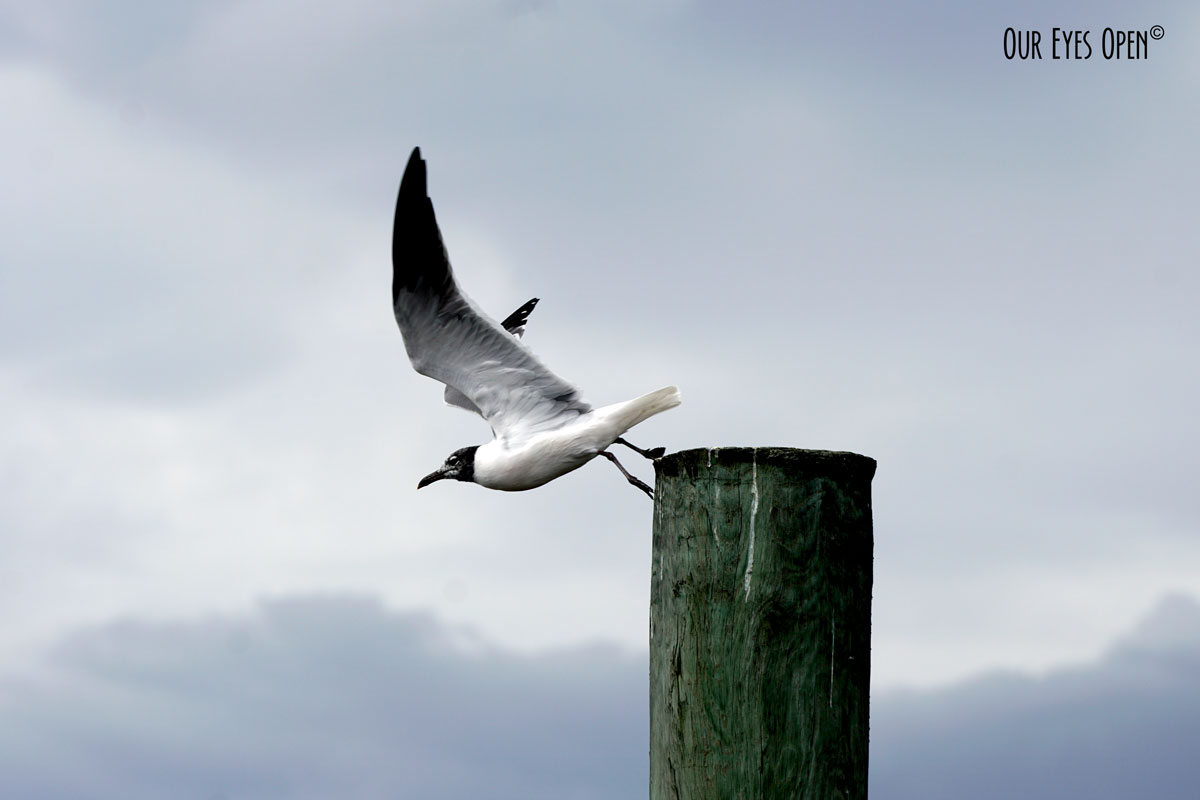 Shorebirds can be found anywhere there is a water hole. You don’t have to live at the beach or on a lake to see shorebirds. These will include gulls, terns, plovers, sandpipers, egrets, herons and many more.

The feature image is a Laughing Gull taking off right in front of me.

The Black-bellied Plover are found all over the world, yet this is the first one I’ve ever seen. This was in April on one of our day trips to St. Marks Wildlife Refuge during the lockdown. Interesting fact about these birds is that they live on the ground around beaches and flats like this one in the photo, however in areas of the Caribbean & South America, they may roost together in mangrove trees. They migrate through Florida and are not residents.

Did you know that sometimes you will see gulls perch on top of the head of a brown pelican and try to steal their fish while draining their bills after a dive?

The oldest known Willet in North America was a female that was banded in Oregon. She was at least 10 years, 3 months old when she was found in California.

When things go very very wrong with photography. I accidentally hit my shutter button on my camera. It was a very bright day and I couldn’t see my screen, my eyes were burned from the brightness that I couldn’t make out any of my settings when I had my eye to the eye piece. It wasn’t until I got to the car that I could see my settings and a whole day of photo opportunity wasted. I was able to make corrections in photoshop but this should have been one of my best shots of the day. Such as life as a photographer!

Did you know that after foraging on the beach like this one here, they often regurgitate sand pellets mixed with fragments of mollusk and crustacean shells? Makes my esophagus hurt thinking about it.

Just extra photos of the Laughing Gulls who posed up so well this summer!

The Wilson’s Plover can be found along the shorelines of the Americas and Caribbean. They are found on salt flats and sandy beaches or barrier islands. This one and 3 others were found on Little Talbot Island State Park which is a barrier island in Jacksonville, Florida. Their habitat is getting eroded away more and more every year with the intensity of storms. Not just hurricanes, but Nor’easters as well.

The White Ibis is the mascot for the University of Miami and is called Sebastian the Ibis. The legend goes that they chose the White Ibis because it is able to withstand hurricanes which is the name of the university’s football team, Miami Hurricanes.

With their rosy pink legs, the Black-necked Stilt is an elegant shorebird with it’s black and white plumage. I may share more of this bird next week because they have the second longest legs in proportion to their bodies of any bird. The top spot for longest legs to body ratio goes to the flamingos.

Until next week…Week #23 – Long Legged Birds