A-Z Challenge – C is for Cardinal 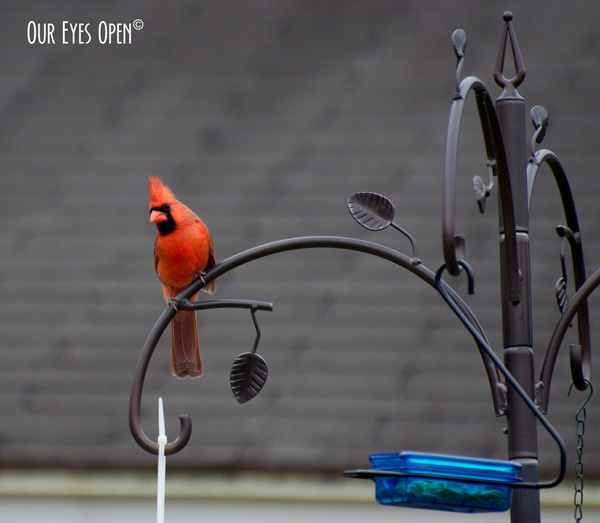 Talk about a bird that gets around! What is a Cardinal? A Major League Baseball team?…check…St. Louis Cardinals! A team in the National Football League?….check…Arizona Cardinals!

A bishop in the Catholic Church Hierarchy….check! Cardinals are bishops and Vatican officials all over the world, personally chosen by the pope and recognized by their distinctive red vestments. The primary responsibility is to elect a new pope when a pope dies or resigns. When a vacancy occurs, the cardinals vote by secret ballot, processing one by one up to Michelangelo’s fresco of the Last Judgment, saying a prayer and dropping the twice-folded ballot in a large chalice. Every day, four rounds of balloting are taken until a candidate receives two-thirds of the vote. Three cardinals record as the ballots are counted aloud. If no one receives the necessary two-thirds of the vote, the ballots are burned in a stove near the chapel with a mixture of chemicals to produce black smoke. Once a cardinal receives two-thirds of the vote, the dean of the College of Cardinals asks him if he accepts his election. If said Cardinal accepts, he chooses a papal name and is dressed in papal vestments before proceeding to the balcony of St. Peter’s Basilica. The ballots of the final round are burned with chemicals producing white smoke to signal to the world the election of the new pope.

Most of all, Cardinals are a symbol & one of beauty in its own right! The Northern Cardinal serves as promise, hope & peace during the Christmas holidays. There is no mistaking this bird with its tufted head, black mask & bright red tones. Although the female displays the same tufted head and black mask, she sports buff brown outer feathers with undertones of red & orange. Adults have bright orange beaks, while the juveniles will have a black beak until they reach adulthood. Cardinals can have 2-3 broods per year. The male can be found feeding the young of the first brood while the female builds the next nest. We have had up to 6 pairs of cardinals with fledglings in our yard each year. Watching this unfold year after year is a treasure! Never gets old!

We took a trip to St. Marks Wildlife Refuge yesterday and on my way to the restroom, this male Northern Cardinal swooped down in front of me as I was passing the handicapped parking space. He landed right on the parking bumper. The bright blue paint contrasts so well with the bright red of the bird. I think he knew that today was “C” for the A to Z Challenge!

This female Northern Cardinal was perched up on some driftwood that Frank attached to our Jasmine plant in the front yard. This is a favorite perch to find them before and after they visit the feeders just a few yards away.

In my Etsy shop, I sell a Cardinal address stamp. It is quite popular and right now through Monday, April 5th, all items in my shop are 20% off plus enjoy FREE SHIPPING on this stamp. SHOP NOW.

C is for a lot of other birds too!

On January 8, 2021, Bird Weekly was all about birds starting with a “C” meaning at least one of the title names must start with a “C”. If you haven’t see it, you can visit this post and see lots of “C” birds like Carolina Wrens, Chipping Sparrow, Common Gallinule, Cattle Egret, Yellow-crowned Night Heron, Cinnamon Teal, Canvasback, Sandhill Crane and more.

27 Comments on “A-Z Challenge – C is for Cardinal”