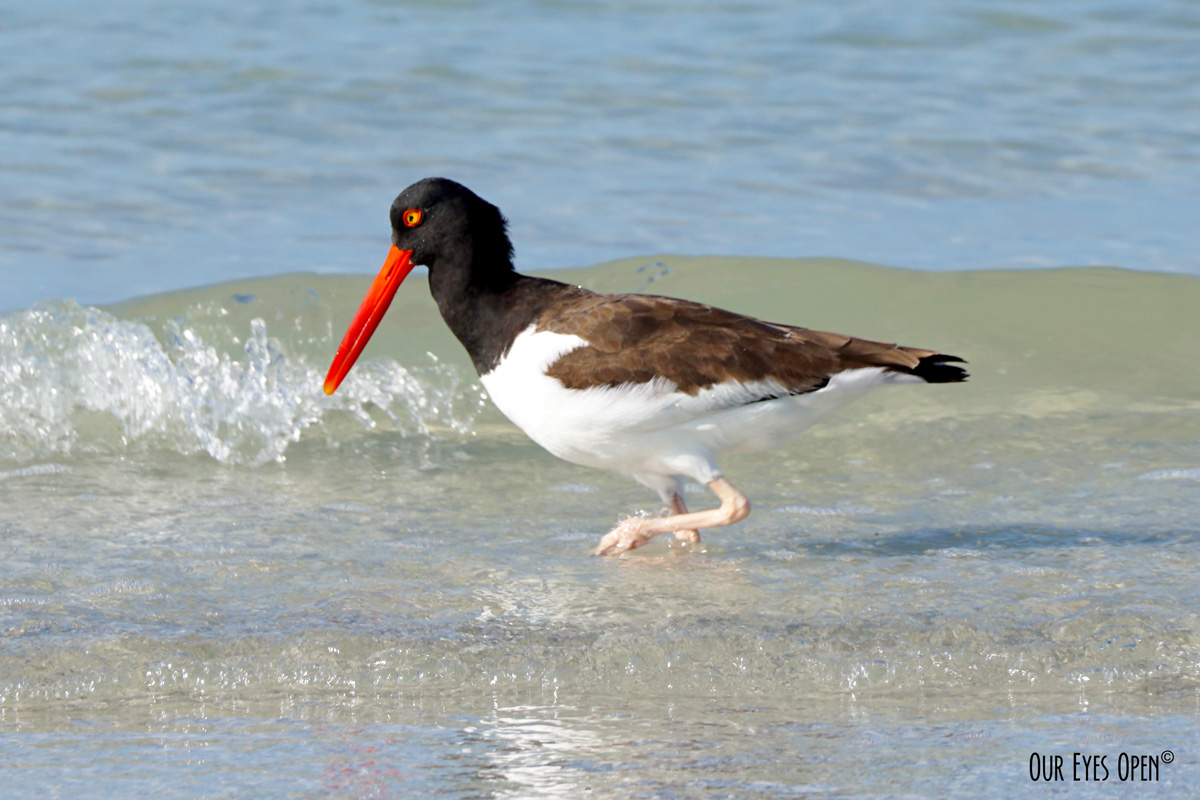 Welcome to Week #28 of the Bird Weekly Photo Challenge. Week #28 challenge is Birds in or near the water or snow.

This is the last Bird Weekly Challenge of 2020. Can you believe it? Good riddance 2020! Week #29 will be on January 1, 2021. Please enjoy your holidays next week. I will do a round up for this challenge on Christmas Day so watch for that.

Hoping this challenge lends itself to everyone. If you are anywhere near a creek, river, pond, lake or ocean, you should have a bird to post this week. I’m fortunate because I live 23 miles from the Atlantic Ocean and only 5 minutes from the St. Johns River which runs northward or in my mind, uphill. The St. Johns River, located in Florida is a total of 310 miles long (500 km). At its widest point, it is 3 miles wide (5km). It is separated into three major basins and has two associated watersheds for Lake George and the Ocklawaha River. It is under major restoration due to pollution caused by a growing population of people. We spend a lot of time birding along this stretch of water, not just in Jacksonville, but throughout the state.

The feature image is an American Oystercatcher that I captured on January 2, 2020 at Fort Desoto Park in Tierra Verde, Florida near St. Petersburg. It was our last trip to Tampa Bay after Covid changed our lives. I haven’t been down there to see my kids or grandkids in almost a year.

The Roseate Spoonbill in this photo was seen in the swampy area of Lettuce Lake Park in Tampa, Florida along the Hillsborough River. They are short distance migratory birds and are mostly seen in coastal areas. They will travel inland in parts of the U.S., South America and the Caribbean.

Hanging with the Ducks taking the term literally. Ducking behind these trees…I can still see you!

This Willet was feeding in the surf at Little Talbot Island State Park this past summer on a very warm day with high southeast winds causing some great wave action and a rough rip current. The Willet managed quite well in the tough circumstances. He was managing just fine.

Different day on Little Talbot Island State Park when we watched this Osprey pluck this fish from 6 inches of water. The scene went on for about 20 minutes while he caught it, dropped it on the sand, circled back, played with it a while and then finally took off when the fish was secured.

Talk about a fish catcher! This Anhinga caught this fish and spent about 30 minutes beating it on the dock. It is amazing how they can swallow a fish that size completely in tact and it go down that skinny little neck. This was taken on the St. Johns River.

While visiting Las Vegas a few years ago, we went birding at the Henderson Birding Preserve just southeast of the Las Vegas Strip. We saw approximately 40 of these beautiful cinnamon colored birds. Interesting fact is that the males will molt these colors soon after they breed and become more of the brown colors like the female. They look very similar to other teal species and make it hard to distinguish what you are actually seeing. The Cinnamon Teal has a longer and wider bill than other teals to tell them apart.

The American Wigeon gets around. While this bird is prominent in North America, it will migrate into Asia, Europe and South America. Even though they are quite common in the United States and Canada, their numbers are in decline. The best time to see these wigeons in the lower 48 states is between August and April. We spotted this one at Sunset Park in Las Vegas in April, 2017 on our last day of our Honeymoon.

Black-bellied Whistling Ducks plus an American Coot photobombing the scene at Orlando Wetlands in Christmas, Florida. Thought it appropriate to let you know they celebrate in Christmas 365 days a year. They are noisy ducks with a distinguished pink bill. They live in Florida year round but they migrate from South America to North America. They have began expanding their range further north in the U.S.

Hanging out at the fishing pier at Reddie Point in Jacksonville, Florida along the St. Johns River. These 3 birds were hoping to get some dropped bait from the people fishing off the dock. The Little Blue Heron got tired of waiting while the patience of the Ruddy Turnstones maintained their stance.

The majestic Great Blue Heron was patiently waiting while a Great Egret was indulging in someone’s bait bucket. I suppose trying to decide at what moment he would strike. Taken at Fort Desoto Park in Pinellas County near St. Petersburg, Florida. Fort Desoto is a must see if you are in the Tampa Bay area. Hot spot for birding.

Mr. Brown Pelican was hanging out under the bridge. I guess he forgot his sunscreen and needed to get into the shade. This is a juvenile so maybe he had been out trying to catch fish unsuccessfully. Either way, he was posed up beautifully for me to photograph.

Next time…Week #29 – Birds with Long Wingspans on January 1, 2021. Happy Holidays everyone!