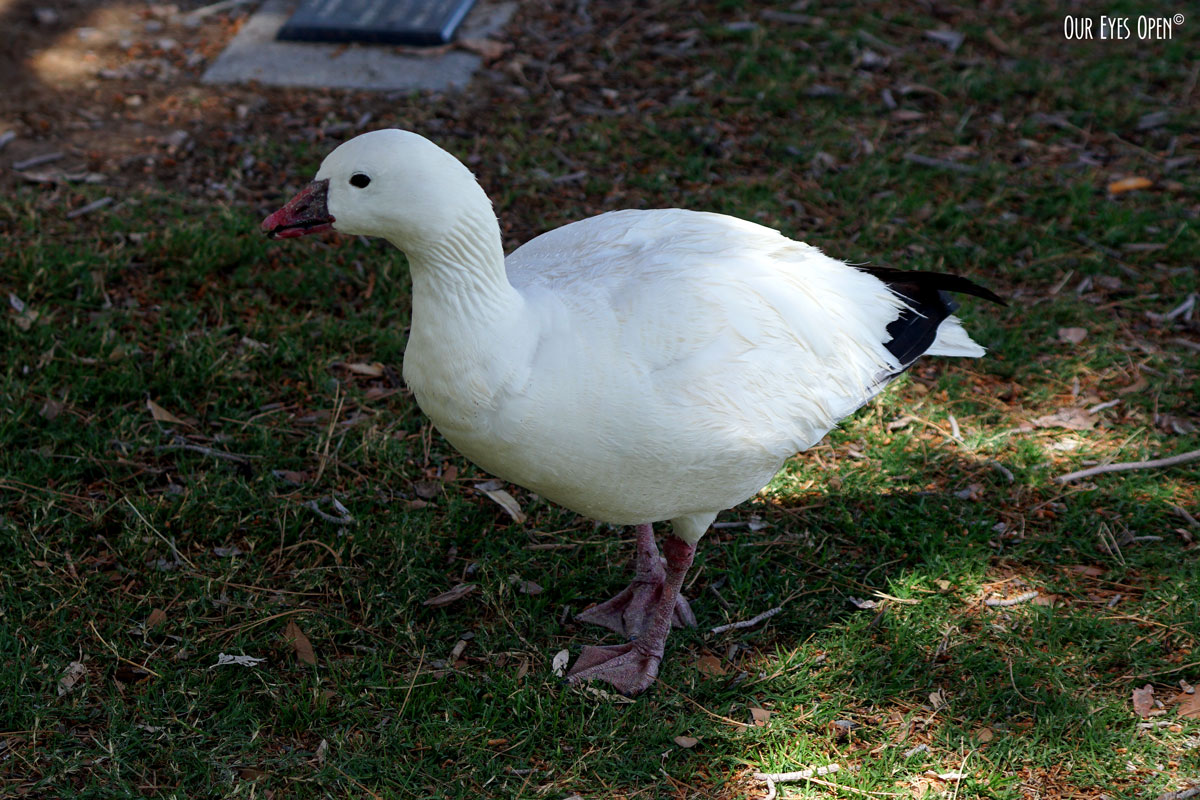 Welcome to Week #48 of the Bird Weekly Photo Challenge. Week #48 challenge is birds beginning with a “G” in the title (if a bird has more than one word of the name, you can use it as long as it begins with a “G”, ie: Green Heron or Common Gallinule).

The feature image is Ross’s Goose. I was on the search for this bird while visiting Sunset Park in Las Vegas. I was scanning the water pond intensely for a sign of this bird. With my camera draped over my shoulder and binoculars in the ready position, searching to no avail. My arms got tired and I lowered my binoculars and down at my feet…well, I had a visitor. The only one in the park that I could see.

Just a reminder that next week’s challenge is B&W with spot color. Your choice of birds. Can’t wait to see your creations.

On May 28th, the Bird Weekly Challenge is Selective Color. This means your photos need to be monochrome with a spot of the original color left in. Over the next couple of weeks, I will be posting guides for a couple of photo editing programs to help you with this if you have these programs available to you, there might be some new hints you haven’t tried. Stay tuned for those and I hope you will join us for that Bird Weekly Challenge.

Above: These two adult Common Gallinules, AKA Common Moorhens were feeding on snails and other invertebrates in the mudflats near the Mangroves at Merritt Island Wildlife Refuge. They are quite common and live there year round. They are easily identifiable with their red and yellow beak and legs. Below: Two Juveniles hiding in the Mangroves not far from the parents.

A Pied-billed Grebe swims in front of a couple of curious onlookers. Note that these two are the same two juvenile Gallinules above. Did you know that “grebe” means feet at the buttocks and they are appropriately named because their feet are located near their rear end. Their toes are lobed, not webbed and it helps propel them through the water. You will rarely see them in flight. They are divers and use their thick bill to kill and eat crustaceans, fish, amphibians, insects and other invertebrates.

The Eared Grebe is the most common grebe in the world. They breed in shallow wetlands in western North America. In the summer months, they dance and run across the water while courting. They breed by the hundreds and thousands and feast on brine shrimp before heading south where they turn gray and white in winter. We saw this grebe in Las Vegas in the spring.

During breeding season, the Western Grebe is quite the dancer. It is known for its ballet-style courtship where both the male and female run across the water in synchrony with their long necks curved in an “S” shape. I’ve never seen this behavior but I’m sure it is a site to see!

The Greater Roadrunner is found in the Desert Southwest of the United States and Mexico where they thrive. They have recently extended their range into Louisiana and Missouri. They are fast and if you blink, you will miss them. They are hard to photograph as they are usually a blur. I saw them often when I was a kid growing up in Texas. It had been many years since I had seen one until we were birding in Lamb’s Park in Las Vegas and saw this one streaking across the picnic area.

Great Egret’s are found on every continent in the world except Greenland and Antarctica. A real world traveller. They migrate south during the colder months, but may stay north in milder winters.

An array of geese hanging out at Sunset Park in Las Vegas. The domestic geese were intertwined with the Canada Geese. This was the moment I was searching for Ross’s Goose before finding our feature image at my feet.

These two photos are the same bird. I captured this Laughing Gull in flight. He circled back and landed on the beach. I took about 50 photos of this bird because there were no other birds around at that moment. He was the star of the show that day at Little Talbot Island State Park.

Not a great photo! This photo was taken with my old Nikon D50, first digital camera and I was 3 stories high on a tower watching the mating dance of two Great Blue Herons. I was so mesmerized by the display that I was just firing off shots and not paying attention to my settings. It was nearing sunset and the noise was cray cray!

The Green Heron is small colorful heron but can camouflage itself in the swampy areas in which it habitats. They can be difficult to spot and a good pair of binoculars scanning an area near the surface of water will give you a better chance at seeking out this bird.

Purple Gallinules have been known to show up in Iceland, Switzerland, South Georgia Island, the Galápagos and South Africa. Scientists believe they are on the hunt for more adequate food as their habitat has been considerably reduced by development and severe drought conditions.

No, you are not seeing things. This gator was about 3 feet from me and since he starts with a “G” in slang terms and was chasing gallinules, I thought I would add it. It was about a 5-6 foot gator and was in pursuit of a family of Common Gallinules. They escaped into the Mangroves and the two parents and three babies were safe for another day.