SLS – I’m No Stranger To The Rain by Keith Whitley

This week Jim Adams has prompted us with Alone/Confined/Depressed/Isolated/Restless/Solo for this week’s Song Lyric Sunday. I know I talk about a lot of great artists who have passed away too soon and this week is no exception. Jim, you opened the door for me this week. LOL

There were so many great songs for this week’s prompt, but I eventually settled on “I’m No Stranger To The Rain” by Keith Whitley. There is no data on the meaning of this song, but my interpretation leaves me with a longing to help someone who is depressed and fighting the demons within the soul.

Keith Whitley was from Kentucky and began his career in 1970 while performing in Ralph Stanley’s band. In 1983, Whitley moved to Nashville after he had established himself as a lead singer in bluegrass music. When his first single “Miami, My Amy” was a Top 20 country hit in 1986 and while touring for his album “L.A. to Miami”, he married country singer Lorrie Morgan. Lorrie is the daughter of the famous “Father of Bluegrass”, Bill Monroe. Morgan tried to help Whitley overcome an alcohol addition that he had from the time he was a teenager drinking bootleg bourbon with his friends who also liked to race their cars down mountain roads at high-rates of speed. There were many close calls for Whitley during those impressionable teenage years. He was once a passenger in a car with one of those friends who tried to take a curve at 120 miles per hour. The wreck killed his friend and almost broke Whitley’s neck. Whitley drove his car off a 120 foot cliff into a frozen river and escaped with only a broken collar bone. In 1983, Whitley lost his brother Randy in a motorcycle accident and then his father, Elmer passed away in 1987.

On May 9, 1989, Keith Whitley died of alcohol poisoning and once the toxicology report was released, it showed he was 6 times over the legal limit. He was only 33 years old. “No Stranger To The Rain” was at the top of the charts three weeks prior to his death and he was scheduled to be ask to join the Grand Ole Opry in a couple of weeks. This article from savingcountrymusic.com tells you the story leading up to the day of his passing. It’s a tragedy!

After his death, his good friend and country superstar Vince Gill began writing the lyrics to “Go Rest High on That Mountain”. Gill wrote the first verse of the song after Whitley’s passing but didn’t finish it until his own brother, Bob passed away from a heart attack in 1993. The song was released in August, 1995, a little over six years after Whitley passed away. “Go Rest High on That Mountain” won Country Music Academy’s (CMA) song of the year award in 1996, BMI Most-Performed Song award in 1997 and 2 Grammys. To say Keith Whitley’s life and death had an impact on country music is an understatement.

In just 5 short years, Whitley raked up 19 hit singles and left a legacy for upcoming country music artists to follow. He is well respected in the country music arena and his rich tone left us all feeling alone on that fateful day in 1989. 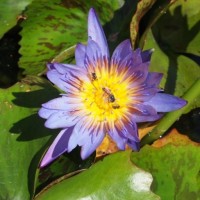 Do photos convey any philosophy?